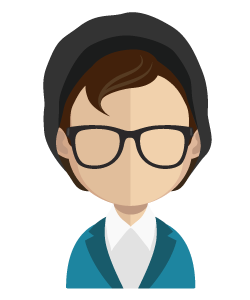 I still remember the day I adopted our family's first dog! He was just a tiny puppy and, as we were driving home from the animal shelter, he "tinkled" in the car! We have had some great years together, and thankfully, he has remained a very healthy dog. Now that he is in his "golden years," he is still very healthy, but has developed a bit of arthritis. It is very important to keep an eye on an older dog's health, because unlike humans, they cannot "tell" their owners that they are experiencing pain. That makes frequent veterinary check-ups more important than ever for senior dogs. I have learned a lot about animal care throughout my life, including what I am learning about senior dogs, so I decided to start a blog to share my knowledge on. I hope I can help a lot of pets and owners!

Information For Having Your Dog Fixed

Whether you have a male or female dog, there are benefits that can come from having them fixed. There are also things you should know if you decide to go through with having them fixed. Contacting a professional, like Akaal Pet Hospital, is always one of the major steps. But you can learn a lot of information about spaying or neutering your dog by reviewing the information provided in this article.

The process is a very routine and fairly simple one

The process of fixing a male dog is referred to as neutering them and the process for fixing a female dog is referred to as spaying them. The process for fixing either gender only requires small incisions to be made. You can generally drop your dog off to be fixed in the morning and pick them up in the afternoon. While you will want to keep them calm and prevent them from licking at the incision by keeping an e-collar on their neck for a couple of days, the healing process is also pretty easy for them to get through. You should keep your other dogs away from them for the first couple of days also, or the other dogs will lick at the wound for them.

There are many benefits that come with owning a fixed dog

Some of the benefits that come with having a female dog fixed include not needing to deal with having them bleed throughout your home while they are in season, not dealing with aggression toward other female dogs, not dealing with them trying to run away in search of a mate and not worrying about the possibility of them getting pregnant and having a litter of puppies you will need to take care of and find homes for.

Some of the benefits that come with having a male dog fixed include not having them mark their territory by spraying in your house, not dealing with aggression toward other make dogs when a female in heat is nearby, not needing to chase them down after they have escaped in search of a nearby female dog in heat and not dealing with excessive activeness.

There are very few reasons why you may not want to have your dog fixed, but there are some. One reason would be if you have plans on breeding them at some point in the future. If you think there is even a slight chance you may want to do so, then you should postpone the procedure. Another reason would be if you plan on putting them in any dog shows. An altered dog will not be allowed to be shown on a professional level.